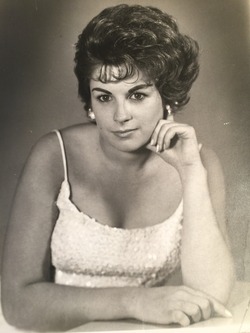 Carol was a homemaker and a member of Immaculate Heart of Mary Church, Cincinnati and enjoyed playing golf.

She is preceded in death by her parents, Burle and Gertrude McGivern Ferguson; and brother, Sonny Ferguson.

Visitation is Thursday, January 12 beginning at 2:00 p.m. until the Memorial Mass at 3:30 p.m. at Immaculate Heart of Mary, 7770 Beechmont Ave, Cincinnati, OH 45255. Middendorf-Bullock Funeral Home, Erlanger is serving the family.

Memorials are suggested to the Kidney Foundation of Cincinnati, 2200 Victory Parkway, Cincinnati Ohio 45206.

To order memorial trees or send flowers to the family in memory of Carol Bosley, please visit our flower store.