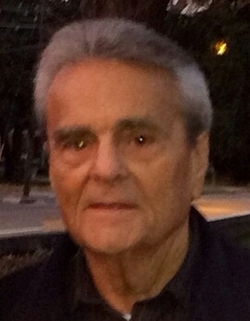 
Curran Arthur Kinney, 80, of Burlington, died Thursday June 23, 2016 in at St. Elizabeth Hospice in Edgewood. He retired after 38 years with the Norfolk and Southern Railroad where he was a Station Master and a Conductor.


He was an U.S. Army veteran and a member of Lakeside Christian Church. Curran was also a member of the Elks, the Railroad Union, VFW Erlanger, the Florence Lions Club (where he was an amazing baseball coach) and he was a 32 degree Mason.


He was preceded in death by his parents, George and Ravia Kinney.


He is survived by sons, Michael Kinney of Taylor Mill and Randy Kinney; daughter, Rhonda Ruholt of Hebron; and grandchildren, Brandon Kinney of Cincinnati, Rachel Ruholt, Will Ruholt and Katie Ruholt, all of Hebron and Cameron Kinney and Baylee Kinney, both of Taylor Mill.


To order memorial trees or send flowers to the family in memory of Curran Kinney, please visit our flower store.