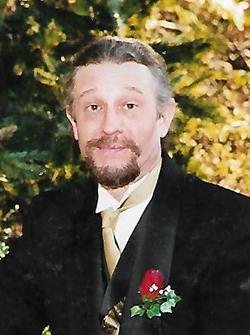 
David S. Hall, 62, of Erlanger, passed away Thursday, October 20, 2016 at St. Elizabeth Health Care in Edgewood. David retired after 34 years as a supervisor with Overhead Door Company in Latonia.


He was an Army Veteran earning a National Defense Service Medal Expert operating an M 16 Rifle. He was a member of the American Legion Post 200 in Latonia. He enjoyed fishing.


David was preceded in death by parents, Seldon and Norma Gregoire Hall; and brother, Gary Hall.


Visitation is Thursday, October 27, 2016 from 10:00 a.m. to 1:00 p.m. with the funeral service to follow at 1:00 p.m. at Middendorf-Bullock Funeral Home, Covington. Interment, with military honors, at Highland Cemetery, Fort Mitchell.


To order memorial trees or send flowers to the family in memory of David Hall, please visit our flower store.