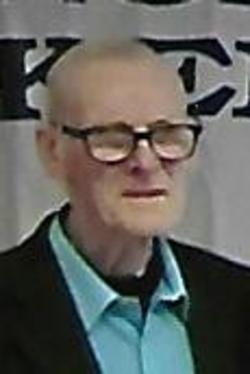 
Donald O. “Red” Cowie, 76, of Park Hills passed away Saturday, October 22. 2016 at Hospice of St. Elizabeth, Edgewood. He was a retired Insurance Investigator, a graduate of Covington Catholic and Xavier University.

Donald served his country in the U.S. Army during the Vietnam War, he played basketball at Covington Catholic and Xavier University, was a member of the Northern Kentucky Sports Hall of Fame, and he enjoyed all things historical and reading.

He was preceded in death by his parents, Earl and Marion Meyering Cowie and his brother and sister in law, Robert and Barbara Cowie.

Visitation is Wednesday, October 26, 2016 from 9:30 a.m. to 12:30 p.m. at Middendorf-Bullock Funeral Home, Covington. A Catholic Blessing will follow at 12:30 p.m. at the funeral home. Interment, with military honors, at Kentucky Veterans Cemetery North, Williamstown.


To order memorial trees or send flowers to the family in memory of Donald Cowie, please visit our flower store.