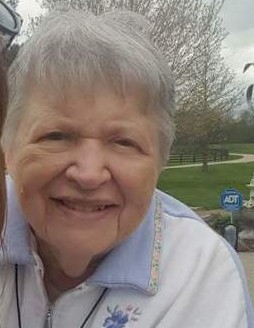 Esther was a retired receptionist for St. Charles Care Center in Fort Wright. She enjoyed reading and spending quality time with her beloved grandchildren and great grandchildren.

She was preceded in death by her parents, Armin and Florence Beschman Hummel.

Funeral services are at the convenience of the family. Middendorf-Bullock Funeral Home, Erlanger is serving the family.

To order memorial trees or send flowers to the family in memory of Esther Jennings, please visit our flower store.