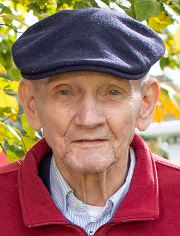 Frederick J. Freihofer, 85, passed into eternal life at St. Elizabeth Hospital in Fort Thomas, Kentucky on Friday, November 20, 2020. His loving wife of 60 years, Pamela, feels blessed to have been with him at the time he passed away.

Fred was born on June 22, 1935 in Covington, Kentucky, the son of George and Elizabeth Freihofer, who started the Freihofer Bakery shops in northern Kentucky. Fred spoke solely German until kindergarten, when his friend Al Poweleit taught him English. He graduated from St. Xavier High School, served in the U.S. Army for three years, and earned a bachelor’s and master’s degree from Xavier University in Cincinnati. In 1960, he met Pamela Paul of Zanesville, Ohio on a blind date and married later that same year. Both deeply rooted in their Catholic faith, Fred and Pamela had a rich life together, raised eight children, and just celebrated 60 years of marriage on August 20, 2020.

Fred was employed by Catholic Social Services of Southwestern Ohio, faithfully serving his clients for many years. He was a member of Saint Vincent de Paul, Catholic Big Brothers and Big Sisters, and Erlanger-Elsmere United Ministries. Fred was a devout Catholic who actively practiced his faith and instilled the same in his children and grandchildren.

He was preceded in death by his parents; his brothers, Charles, Alex, Mark, and Rex; his sister-in-law Martha Freihofer; and grandchildren Katie Stewart and Nick Pfennig.

A Mass of Christian Burial will be held for Fred on Saturday, December 12, 2020 during the regularly scheduled 10:00 a.m. Mass at Blessed Sacrament Church in Fort Mitchell, Kentucky.

A "live stream" of the funeral Mass held for Fred will be available at 10:00 a.m. To access the live stream, go to www.middendorfbullock.com, and click on Fred’s obituary.

Memorials may be made to the Passionist Nuns (Monastery of the Sacred Passion, Erlanger, KY, Mary Queen of Heaven Church in Erlanger, KY, or Blessed Sacrament Church in Fort Mitchell, KY.

To order memorial trees or send flowers to the family in memory of Frederick Freihofer, please visit our flower store.