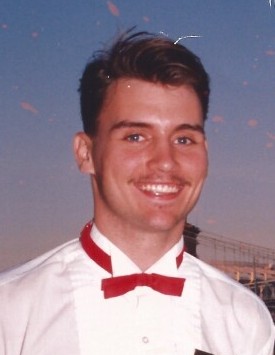 Jason Patrick Epperson, 46, of Ludlow, died Friday, July 3, 2020 at St. Elizabeth Healthcare, Edgewood, Kentucky.  He was a caretaker for his mother.

Born on September 10, 1973 in Edgewood to Garnet Reynolds Epperson and the late Richard Dale Epperson, Jason was an avid Duke Basketball fan and enjoyed the friendly UK/Duke rivalry banter with many of his friends and family.  He also loved to cook, watch movies, listen to music and spend time with his family.

Due to Covid-19 Restrictions on social gatherings the services will be private and at the convenience of the family. Middendorf-Bullock Funeral Home, Ludlow is serving the family.

To order memorial trees or send flowers to the family in memory of Jason Epperson, please visit our flower store.