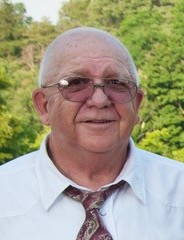 Joe W. Mueller Sr., 82, of Covington, passed away Tuesday December 18, 2018 at the V.A. Hospital in Cincinnati. He was a U.S. Army Veteran, a member of St. John Catholic Church in Covington, a member of the American Legion Post # 213 in Latonia, and he was a retired Instructional Assistant for the Covington Independent Schools.

To order memorial trees or send flowers to the family in memory of Joseph "Joe" Mueller, Sr., please visit our flower store.