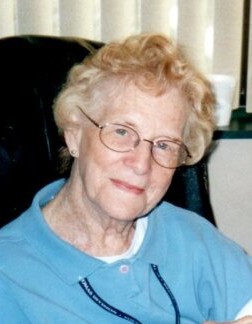 She was born on February 12, 1928 in Ludlow to Silas and Mary Marie (Trimble) Norman. She was the retired Co-Owner, along with her late husband, of the former Lookout Carryout, Lookout Heights.

Juanita was a longtime member of St. Pius X Church, Edgewood and a member of the Golden Age Seniors of Edgewood and the VFW # 6423 of Elsmere Ladies Auxiliary. She volunteered for many years at the VA Medical Center, Cincinnati and Fort Thomas and was a member of the Fidelity of V.A. Wives.

She was preceded in death by her husband, Joseph E. Beckerich in 1992; son, Marty Beckerich in 2004; and her parents.

To order memorial trees or send flowers to the family in memory of Juanita Beckerich, please visit our flower store.