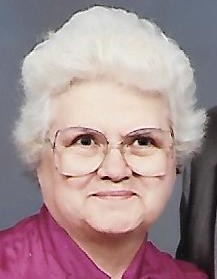 Marjorie was a retired school teacher for the Boone County Schools. She spent most of her career in the Connor School District and had also taught in Ludlow Independent School District. She was a member of Bullittsville Christian Church, the Boone County Retired Teachers Association, the DAR (Daughters of the American Revolution) and she was a Kentucky Colonel.

She was preceded in death by her husband, Leroy H. Thompson in 2003; and her parents, Charles D. and Iva Anderson Boone.

Memorial contributions are suggested to the charity of the donor’s choice.

To order memorial trees or send flowers to the family in memory of Marjorie Thompson, please visit our flower store.