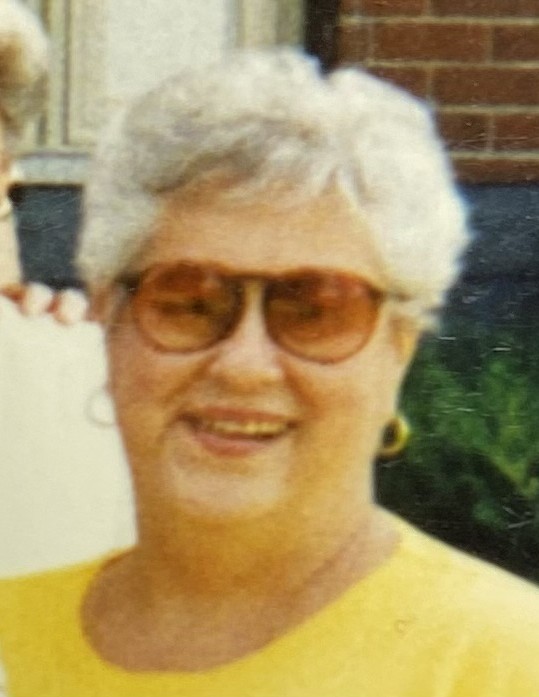 Nancy Lou Ferguson Ziegler, 90, of Ludlow, passed away Monday, December 27, 2021 at the Seasons of Alexandria in Alexandria, Kentucky. She retired as an office manager for Mayfield Institute.

Having lived in Ludlow her entire life until her health no longer permitted, Nancy was actively involved in her church, First Presbyterian Church in Ludlow, and her community. In 2003, she was selected as one of Northern Kentucky’s outstanding women of the year by the Kentucky Post, Northern Kentucky University and Thomas More College.

A proclamation from the City of Covington in 2004 acknowledges Nancy for her work in organizing and establishing CLASP (Children of Ludlow After School Program) after school program in Ludlow. CLASP and its volunteers supply help with homework, conduct bible lessons and worship services, provide snacks, and organize outside play. Approximately 40 children participated in this annual program the years Nancy was involved. It continues to serve the children of Ludlow.

Nancy had a strong faith in God. She not only talked about it, but she was also a “do-er.” Her demonstration of God’s love to others has left a lasting impact and impression on those she served.

She was preceded in death by her loving husband, William “Bill” Charles Ziegler; and parents, Elmer “Spike” and LaVerne Martin Ferguson.

Visitation is Monday, January 3, 2022, from 10:00 a.m. to 1:00 p.m. at Middendorf-Bullock Funeral Home, Ludlow with a funeral service beginning at 1:00 p.m. at the funeral home. Interment at Forest Lawn Memorial Park, Erlanger.

To order memorial trees or send flowers to the family in memory of Nancy Ziegler, please visit our flower store.