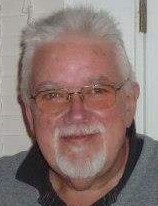 Randy O. Vater, 67, of Cincinnati, formerly of Villa Hills, passed away Tuesday, April 3, 2018 at his home. He was a retired Auto Parts Salesman for NAPA Stores in Campbell County.

Randy played the guitar. During his teenage years, his first band was the Mustangs and for more than 30 years, he was a member of the band Hi-Tension.

He was preceded in death by his first wife, Diane Bresser Vater; son, Randall Vater; and parents, Rolla and Faye Fagley Vater.

Visitation is Monday, April 16, 2018 from 10:00 a.m. to 12:00 Noon at Middendorf-Bullock Funeral Home, Ludlow. Funeral services to immediately follow at 12:00 Noon at the funeral home. Interment at Butler Cemetery, Butler, Kentucky.

To order memorial trees or send flowers to the family in memory of Randy Vater, please visit our flower store.