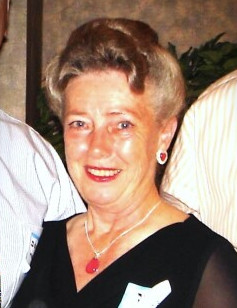 Born in Verona, Kentucky on September 28, 1937, to Fred G. and Mary (Keefe) Bingham, Rita was a graduate of Boone County High School Class of 1955 and an avid animal lover her whole life. She rescued dogs, cats, goats, ducks, chickens, geese and even a horse. Rita was known as the Mrs. Doolittle of Boone County. She was a member of Sand Run Baptist Church most of her life in Hebron but in her later years, she attended First Church of Christ, Burlington.

She was preceded in death by her husband of 58 years, Robert R. “Bob” Miller on November 16, 2019. Bob and Rita were married on December 30, 1961. She was also predeceased by her parents, Fred G. and Mary Bingham; a sister and five brothers.

Survivors include her brother-in-law and sister-in-law, William W. and Loretta Miller and nieces, nephews, and a host of friends.

No Visitation. Graveside Services will be held on Thursday, July 7, 2022, at 2:00 p.m. at the New Bethel Cemetery, Verona, KY. Middendorf-Bullock Funeral Home, Hebron is serving the family.

To order memorial trees or send flowers to the family in memory of Rita F. "Toby" Miller, please visit our flower store.