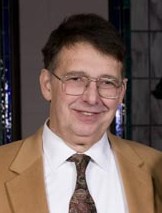 Roger A. Jennings, 71, of Fort Wright passed away Sunday, October 14, 2018. He was a retired Auto parts distributor and salesman and member of the First Church of Christ, Burlington. He loved cars and owned a 1965 Corvair Corsa.

He was preceded in death by his parents, Edward and Ruth Lebrecht Jennings; and a brother, Richard Jennings.

To order memorial trees or send flowers to the family in memory of Roger Jennings, please visit our flower store.