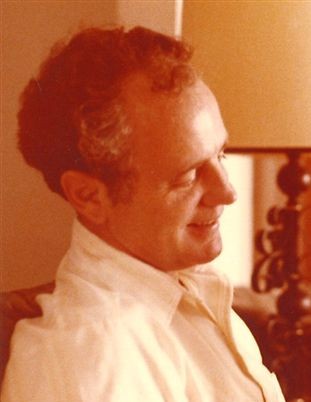 Terry spent much of his work life as a buyer and manager in men’s clothing.  In later years, he worked as a Security Guard both at Panorama in Covington, and at the Cincinnati Art Museum.  Terry, himself, was a fine artist, selling many of his oils and charcoals.

He is survived by his brother, James A. Glenn of Florence; his sister Jenna Lee Seibert (Thomas) of Western Hills; and his sister, Sheila G. Linton of Louisville.  Although Terry never married, he was the Pied Pieper Uncle to 16 nieces and nephews; 24 great nieces and nephews; and several great greats.  Our family also wishes to acknowledge Chet Berry, Terry’s dearest friend and traveling companion of the last twenty years.

Visitation will be Saturday, October 13, 2018 at 9:00 a.m. at St. Paul Church in Florence, followed by the Mass of Christian Burial at 10:00 a.m. and a graveside service at St. Mary Cemetery, Fort Mitchell.

In lieu of flowers, donations may be made to either St. Paul Church, 7301 Dixie Hwy. Florence, KY. 41042 or to Catholic Relief Services, 228 W Lexington St, Baltimore, MD 21201.  Middendorf-Bullock Funeral Home, Erlanger is serving the family.

To order memorial trees or send flowers to the family in memory of Terence Glenn, please visit our flower store.