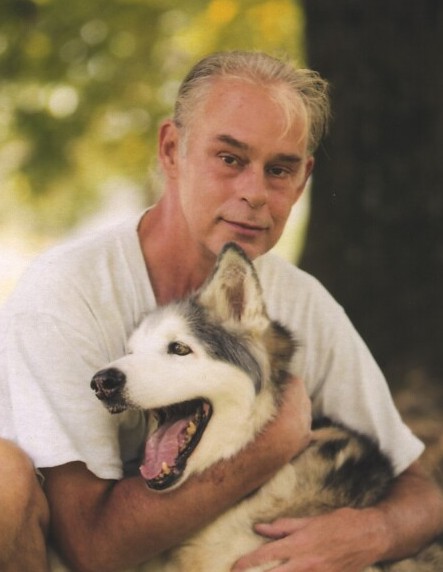 Timothy Patrick O’Hearen was born, November 22, 1956. His parents were John and Betty J. O’Hearen. He had one brother, Chris O’Hearen.

Tim grew up in Hebron, Kentucky and graduated from Conner High School in 1974. He married Denise Ann Williams on October 6, 1979 and together they had two daughters, Amber Nicole and Rachael Anne. Amber made Tim a grandfather on May 10, 2003 when she gave birth to Kimberly Piper.

Timothy Patrick O’Hearen was a good person. He was a cool person.

Tim was fun - and so funny. He loved making people laugh. Whether he was cracking a perfectly timed sarcastic joke, just being silly, or delivering a quick tickle to the ribs, Tim always got a kick out of seeing people smile. Tim was a sweetheart. He loved deeply and unconditionally and his heart ached when he wasn’t able to fix the hurts of the people he loved.

Tim had an enduring love for cars. He worked in the automotive industry and owned a variety of classic cars throughout his life. Amber and Rachael’s first cars were both Pontiac Firebirds and the girls spent many hours of their lives following Tim around classic car shows while he educated them on body styles, factory colors, and big engines.

Timothy Patrick O’Hearen was a family man. He worked hard his entire life and took care of his family. He was an excellent father – probably the best. He taught his daughters how to take care of a car, instilled in them the skills to be self sufficient, and educated them on the finer points of perfectly executed sarcasm. Tim loved his wife. Perhaps even more than the other people in his life, Tim always endeavored to make Denise smile. When buying gifts for Denise, Tim would agonize for hours, wanting to choose just the right thing – the perfect gift that would make her the happiest. He always succeeded.

Tim had a big heart and accepted everyone just as they were. Many of Amber and Rachael’s friends looked to him as a friend, confidant, and advisor. It was not uncommon, and in fact was rather typical, for the O’Hearen house to be full of kids even when the O’Hearen girls themselves were not home. Tim was like a second father to the kids who came through his door and the impact his kindness and generosity had on each of them was positive and permanent.

Tim had excellent taste in music and an impressive collection of vinyl. He gave Amber, Rachael, and all his “adopted” children an ivy league education in classic rock music, and they’re lives are all better because of it.

Tim was head strong and tough in a good way. He taught his daughters the importance of standing up for themselves and the power of speaking their minds. He didn’t suffer fools and could expose a line of garbage coming from a mile away. There is no other person you’d want with you when trying to buy car than Tim O’Hearen.

In his adult life, Tim was plagued with chronic health conditions including Multiple Sclerosis and severe Osteoarthritis and in more recent years, his health and associated pain prevented him from doing many of the activities he had always enjoyed.  When Tim’s unmanaged pain took his life on March 1, 2022, the loss was felt more deeply and by more people than he likely would have ever imagined. Timothy Patrick O’Hearen left us far too soon but his love and his legacy will live on in the hearts and stories of Denise, Amber, Rachael, Piper, and all the other people who had the honor to know him.

He was preceded in death by his parents.

Visitation is Thursday, March 10, 2022 from 4:00 p.m. to 6:00 p.m. at the Bullittsville Christian Church, Burlington. Memorial services to follow at 6:00 pm. Middendorf-Bullock Funeral Home, Hebron is serving the family.

To order memorial trees or send flowers to the family in memory of Timothy O'Hearen, please visit our flower store.