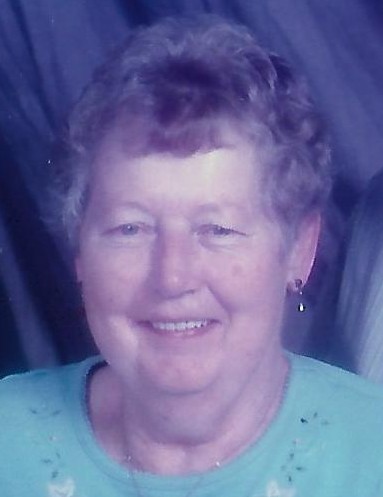 Walburga “Burga” (Helmer) Kappen, of Edgewood, Kentucky died peacefully at the age of 82 on March 23, 2018 at the St. Elizabeth Hospice Center from cancer.

Burga was born in Hilkenbrook, Germany in 1936 to the late Nikolaus and Christina (Kruetzjans) Helmer. She left her family farm to pursue her love of nursing, earned her surgical nursing degree and was an operating room specialist in Germany. Burga moved to the United States in 1962 where she met and married the love of her life, Ferdi. In addition to a fulltime caretaker for her family, she continued in private nursing for patients in hospice care until her retirement.

During the 1980’s, Burga was also a member of the Pigeon Club in which she enjoyed racing her pigeons. She loved to cook and entertain for family and friends and you could find her crocheting and knitting in every free moment.

Burga is survived by her loving husband of 51 years, Ferdi; their two children and their spouses, Sandra (Dave) Shamblin of Fort Wright, Kentucky and Greg (Amy) Kappen of Florence, Kentucky; her sisters Margaret (Karl) Walter of Edgewood, Kentucky, and Christina Book of Lorup, Germany; two brother-in-laws, Otger Kappen and Norbert Kappen; a sister-in-law, Anneliese Schulten; and grandchildren Nikolaus and Finnian Kappen. Burga is also survived by many cousins, nieces, nephews and friends who all loved her.

In lieu of flowers, the family suggests considering a donation to one of the following:

To order memorial trees or send flowers to the family in memory of Walburga "Burga" Kappen, please visit our flower store.